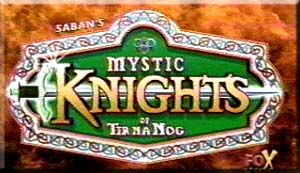 Long ago, oceans away on a mystical island, lived Queen Maeve of Temra. Maeve wanted to rule the land of her birth, the peaceful kingdom of Kells. She therefore called upon the dark fairy Mider, who gave her the mystical Rune Stone that allowed Maeve to use sorcery, most often to summon mystical, dangerous creatures like ogres and evil giants, whom she sent to destroy Kells. King Conchobar of Kells heard of Maeve's evil plan and sought a way to protect his kingdom and people. Rohan, a druid's apprentice discovered an ancient scroll telling of a legendary warrior called Draganta who would save that kingdom. Because Rohan's birthmark matched a prominent sign on the scroll, the King sent Rohan on the quest to find Draganta, with his friend the reformed thief Angus.

The two were joined by the foreign Prince Ivar, and the king's daughter, Princess Deirdre, who followed them. They are drawn to the realm of Tir Na Nóg, ruled by the fairy King, Fin Varra. Fin Varra put the group through various tests to determine their worthiness, which they eventually passed. King Fin Varra gave them another section of the ancient scroll, and mystical weapons which give control of the Classical Elements Fire, Air, Earth, and Water. The four young warriors battled the four Sentinels of Temra, who guarded elemental armor, and defeat them, earning the title Mystic Knights (Rohan became the Mystic Knight of Fire, Angus Earth, Ivar Water, and Deirdre Air). 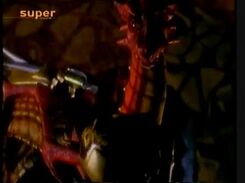 Pyre (also known as the Dragon of Dare) is a dragon and ally to the Mystic Knights. Read More about Pyre...

Community content is available under CC-BY-SA unless otherwise noted.
Advertisement